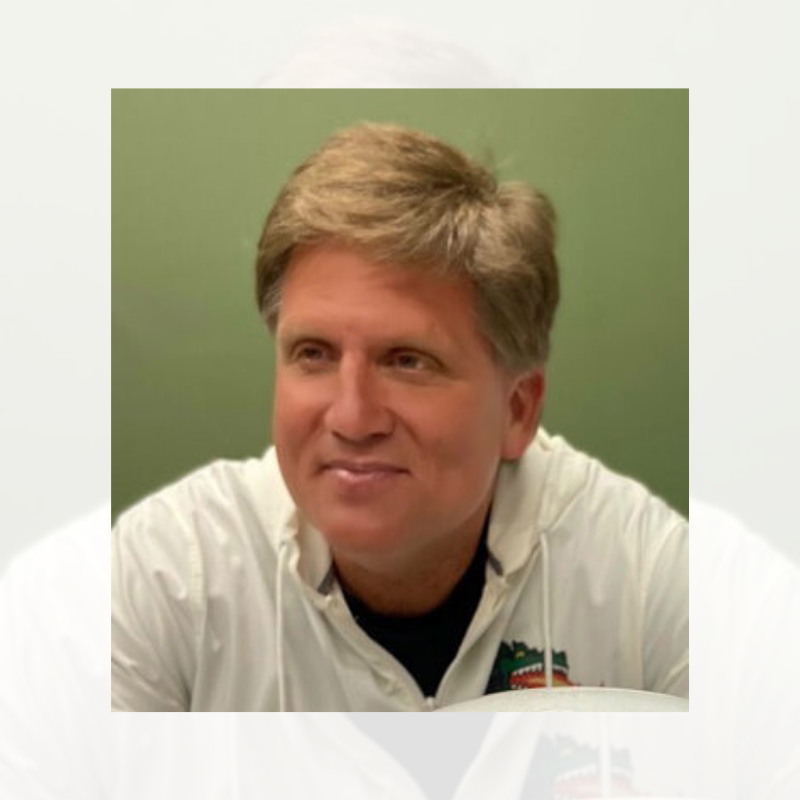 Randy Pippin joined Coach Bill Clark following the reinstatement of football in July of 2015. Randy initially came in as the Director of Player Personnel. Coach Clark used Randy’s extensive experiences to help recruit the program back into existence in various roles including but not limited to Receivers’Coach, Running Backs’ Coach, Assistant D-Line Coach, Associate Head Coach and Director of Player Relations.

Currently, Pippin directs the Blazers’ prospect camps and coaching clinics. He also is the liaison to High School, JUCO and NFL coaching staffs. Pippin’s goal is to help anybody in his circle of influence get to their “next level.” Pippin has more than 30 years successful coaching experience at all levels, including 14 years as a head coach. Coach Pippin has been a key part in multiple championships, honors, awards and challenges. Pippin, a Dallas, Texas, native played football for North Mesquite High School, Cisco Junior College and Tennessee Tech University where he obtained his two degrees and began his coaching career.

Pippin and his wife Sally have three daughters; Natalie, Holly and Libby, and one granddaughter Gracie. Pippin has published an award-winning book for coaches called, “CHAOS 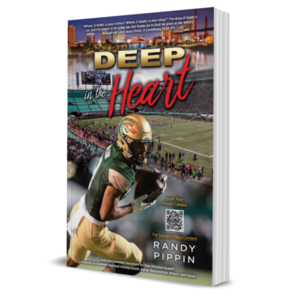 Deep In The Heart

This About That - Randy Pippin's Thoughts

It’s Called, Deep In The Heart

There is no bad time to read a good book, but there's never been a better time. We are medically threatened, physically distanced and spiritually challenged by the pervasive, destructive coronavirus pandemic.

With so much free time forced upon us, there's never been a better time to bury yourself in an uplifting story. If faith, family and football play important roles in your life, Randy Pippin has just the story for you.

It's called Deep in the Heart, which describes the story and its genesis for the author three decades ago. UAB football's director of player relations, who's also served as an assistant coach, Pippin spent years finding the time to tell it, time that football coaches, husbands and fathers don't have in abundance, as a labor of love.

An unapologetically spiritual man, Pippin, who arrived at UAB the day after the football program was reinstated in 2015, has produced a "dynamic 3-D living book, a daily devotional program for your personal development inspired by Southern football history and the UAB football program's death, burial, resurrection, return and future."

UAB football is the river that runs through it, but this is so much more than a football book. It's a unique experience, reflective and interactive in both the paperback and online versions. It combines a wealth of original content with an aggregation of Scriptures, Proverbs, companion stories, worship songs, video messages for enrichment and enlightenment, questions for reflection, open-ended prayers and coaching points that have nothing to do with Xs and Os.

You'll meet a fascinating cast of characters like some UAB football players from the early days, who were easy to ID after getting rowdy at a bar after a game because they were still wearing their uniforms. There's the would-be walk-on after #TheReturn named Jesus and the would-be star named Greg Bryant whose life was cut short because he went home to celebrate Mother's Day.

The book shines a light on Gene Bartow, Bear Bryant, Eddie Robinson, Jim Hilyer, Watson Brown, Bill Clark and so many other familiar names, past and present. It's a fun, spiritual journey through the history of Southern football as well, especially in the state of Alabama and the city of Birmingham.

As Pippin writes in the introduction, "Our prayer is that Deep in the Heart Starring UAB Football will move your soul in a positive manner, prompting you to positively move towards reaching the fullness of your God-given Star Power as never before."

Getting to know Pippin as he neared the goal line of the book's completion - and, full disclosure, having the privilege to provide a small assist to his almost-finished product - moved me in a positive way. As he promised and delivered, this book is unlike any I've experienced because it truly is an experience.

It may not change your life, but if you let it, it could make your day. Day after day after day. There's never been a better time to find a book that serves as a positive light during an uncertain time. Deep in the Heart is that book.

They're Talking About Randy Pippin

"Deep in the Heart is an amazing and inspirational book for those who love sports and God. In this incredible story, author and coach Randy Pippin shares in great detail how the UAB football program was miraculously brought back to life after being completely shut down. Coach Pippin did more than just tell the story, he lived it and actually helped to bring the football program back to UAB. Everyone is going to find something in this story that will help them to see the possibilities even when they are not visible. Great job Coach Pippin, it was our pleasure to publish and promote this story." -Donald Newman, Executive Director of Publishing,
"There are great, inspiring books about sports stars and other books about the Star of Eternity, Jesus Christ. This book combines both themes into an exciting and inspirational story that is Life-Changing." -Dr Larry Keefauver, Best Selling Author/International Teacher
"In 42 years of coaching, I have not seen a better Daily Devotion book for coaches and athletes than “Deep in the Heart” by Randy Pippin who is a true example of a Christian coach and family man". -Dennis Parker THSCA Legendary Coach and Co-Author “Coaching to Change Lives”
"Randy has helped a lot of kids and families throughout Texas and Oklahoma. He truly coaches to change lives. " The book "Deep in the Heart" is a Game Changer! -DW Rutledge, Retired THSCA Legend Co-Author “Coaching to Change Lives”
"Randy Pippin’s deep passion for personal development of the people he coaches makes for a compelling story. Deep in the Heart is a great read for one who wants to be entertained and enlightened with some anecdotal doses of how the gospel can be practically applied to real life and the chaotic world of coaching." -Grant Teaff, Executive Director Emeritus American Football Coaches Association
"Randy ultimately is most concerned with the eternal fate of the players he coaches. Deep in the Heart speaks directly to that most important issue." -Tavon Arrington Director of UAB Fellowship of Christian Athletes
"Randy cares about the character and the future of the players he coaches and gets great pleasure out of elevating kids and families to the next level. This book, “Deep in the Heart” can help a lot of people." -Tim Alexander, Director of Character Education UAB Football
"From the start, Randy has been instrumental in helping me bring the UAB football program back. This coach’s devotional book is a great testimony for everyone involved." -Bill Clark, Head Football Coach UAB